In the Hawai’ian islands the sea turtle (specifically here the green sea turtle) is known as “Honu.”  Along with faithfulness and new beginnings, the honu symbolizes the powerful attributes of strength, longevity and endurance.

The logo I have adopted was designed specifically for this ministry.  At first look, one may see a simple recognizable “tribal”-style design of the honu.  At closer examination, however, notice the large cross on the dorsal shell and the many ixthus (Jesus fish) surrounding it.  Also, on each flipper is an ixthus with crosses inside those on the front flippers.

“I can do ALL things, through CHRIST who STRENGTHENS me...”
- Philippians 4:13

Praise be to God!

Sea turtles have much symbolism all around the globe, but interestingly enough that symbolism is very much alike across the cultures.  I have learned that a sea turtle has the ability to find its way home time and again, always being able to return to its place of birth – even from hundreds of miles away.  In this way, it symbolizes faithfulness.

Over the years as my interest in these magnificent animals grew, my wife and I were able to take a vacation to the Hawai’ian islands where one of my goals was to see these creatures up close and personal.  At a beach on the North Shore of O'ahu (affectionately nicknamed “turtle beach”) we had the opportunity to see many approach the shore to feed in the morning, then crawl ashore to rest and sunbathe in the sunshine of the afternoon. 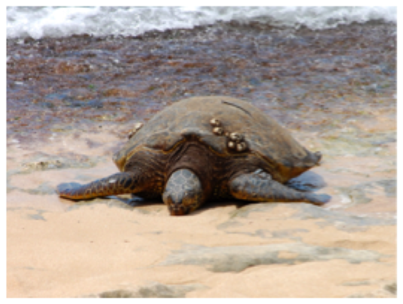 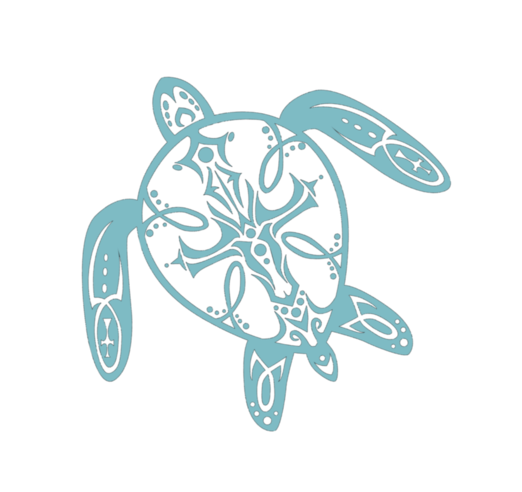 So, I've been asked many times, "What's up with the sea turtle as your ministry logo?"

My enjoyment and fascination with sea turtles began in high school when we spent some time vacationing at Sanibel Island, Florida with my aunt and uncle.  While there, I had the wonderful opportunity to join my aunt, a volunteer with the Sanibel/Captiva Conservancy, on a daily tour of sea turtle nests.  Early each morning, they would carefully drive along the island beaches and log the stages of each nest.  There were some we saw that had just been created the night before and had incubating eggs.  Others we noted had just hatched as we could see the small imprints in the sand of the baby turtles’ flippers as they scrambled for the sea.  Others were at the point where they were to be dug and inspected further – we would document the number of hatched shells and also those that had not hatched.

While inspecting a couple nests at this stage that day, we were able to save several infant turtles that were at the lower portion of the nest and did not have the strength to climb all the way out with their siblings.  The natural beauty of these creatures captivated me.